Only a few short months ago, we at the Oregon Department of Veterans’ Affairs were discussing how we would commemorate our 75th year of service to Oregon veterans. Initial plans involved a large outdoor celebration on the ODVA grounds, with guest speakers and employees gathered to mark this historical day. Whatever we did, however we did it, there was no reason to doubt that it would involve many, many people celebrating in a face-to-face environment.

But as we all know now, that is not an option in the midst of the unprecedented COVID-19 crisis. We are facing monumental, unforeseen challenges. Nonetheless, recognizing that ODVA has good reason to celebrate its 75 years of service to Oregon veterans and their families, we will celebrate virtually, stretching the commemoration over the balance of the year.

Seventy-five years ago, America was in the throes of another monumental and pivotal time in our nation’s history, with more than 16 million service members having been deployed on two fronts across Europe and the South Pacific. On the home front, every able body was working feverishly and sacrificing resources for the war effort. It is remembered as a time of nearly unprecedented unity, with seemingly every citizen equally invested in the outcomes of the Second World War.

As millions of service members began returning home to face the challenges of reintegrating into civilian life, many with disabilities or other reminders of their service, the nation was facing economic hardship.

In November 1944, WWI veterans in Oregon partnered with the state, civic, community, and veteran service organizations to advocate for the formation of the Portland General Committee on Services to Veterans. Its purpose was to “promote in every feasible manner the coordination of agencies and organizations with the state and federal agencies dealing with war veterans to the end that the veterans and their dependents may receive not only their rights under law, but the fullest possible meeting of our obligation to those who have borne arms for us, in whatever form and to whatever extent their valid individual need appear.”

Oregonians had also voted to amend the state’s constitution to offer a home and farm loan for returning WWII service members and other veterans and offered educational aid to help returning service members pursue an advanced degree. The federal government had also just voted to create the first GI Bill that provided college education to WWII veterans and a guarantee backing on mortgage loans to veterans.

In March of 1945, the Oregon Legislature passed a bill to create a new veteran’s agency. A few days after American troops stormed the beaches of Normandy on D-Day, the newly formed Oregon Department of Veterans’ Affairs was appointed its first director and charged the agency with administering earned veteran benefits and the new Oregon veteran home and farm loan.

With millions of young new veterans in need of jobs, and with many wartime contracts disappearing, most experts predicted a severe recession would follow the end of the war. Instead, WWII veterans went to work and to school, and helped usher in one of the greatest periods of economic growth and prosperity our nation has ever seen. ODVA was there, offering assistance to obtain earned federal benefits, administer state veteran programs and advocate for life-changing resources for those who honorably served our nation.

Throughout ODVA’s history, we have continued to adapt to the changing needs of our veterans.  Each war has had unique social circumstances that influenced their experience and individual outcomes after service.

Today, not only do we have a robust federal and state veteran benefit system, we also recognize the importance of special advocacy to assist veterans who have traditionally been underserved as the nation progressed through bias and restrictions to freedoms and rights.  In recent years, ODVA has been one of the nation’s leaders in providing dedicated resources and culturally sensitive services to women, LGBTQ and tribal veterans in Oregon.

Throughout ODVA’s history, we have continued to adapt to the changing needs of our veterans.

Even as more than 250,000 women served in military roles during WWII, it was not until the passage of the Armed Services Integration Act of 1948 that women became a permanent part of the U.S. military. However, from the mid-1940s to the early 1970s, women continued to be restricted to two percent of the military population.

Since that time, ODVA has worked tirelessly to conduct outreach to women who served in the military, who surprisingly, still do not identify as veterans. We provide information, connect them to specialized women veteran resources and help files claims, understanding the unique challenges they encountered during service.

With the historic repeal of Don’t Ask, Don’t Tell Repeal Act of 2010, ODVA was the first state to create a LGBTQ veterans’ program to assist veterans in obtaining corrections and upgrades to their military service discharge records if they were discharged under DADT.  We help all veterans who identify with this community in filing claims and provide guidance to other specialized resources including healthcare and peer support groups.

Those of us who once wore a military uniform swore an oath to uphold and defend the Constitution of the United States and the principles upon which our nation was founded: that all people are created equal, and that everyone has the basic human right to life, liberty, and the pursuit of happiness.  That promise is a part of every veteran’s identity, the ideal they served their nation under, and is the foundation of ODVA’s founding.

Over the past 75 years, ODVA has seen many generations of honored service members and has evolved to meet each generation’s unique needs. From our humble beginnings as the administrator of a single loan program, a myriad of diverse and vital services have come into existence — all in response to the changing needs of veterans and the agency’s founding value to “care for those who have borne arms for us in whatever form and to whatever extent their valid individual need appear.”

Those of us who once wore a military uniform swore an oath to uphold and defend the Constitution of the United States and the principles upon which our nation was founded: that all people are created equal, and that everyone has the basic human right to life, liberty, and the pursuit of happiness.

As a state agency, our employees are some of the most passionate and dedicated people working toward the very noble mission of serving Oregon’s veterans and their family members, day in and day out. Our success is attributable in no small part to our efforts to work through partnerships. ODVA unites government, private companies, nonprofits and other veteran service organizations to address issues facing veterans and their families. In doing so we build and maintain strong relationships that allow us to continue to be a leading voice and advocate for all veterans in our state. We owe a great debt of gratitude to all of the many employees and partners who have ensured ODVA fulfilled its mission during our 75-year history.

Together as thoughtful and engaged public servants, we will continue to advocate and adapt, to ensure our veterans and their families thrive for many years to come.

Thank you for joining with ODVA to celebrate our 75th anniversary. I hope you enjoy the virtual trip through history that we will take you on over the next several months.

Reflecting on Unity, Strength through Diversity 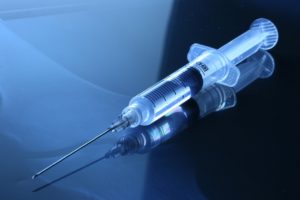