I love to study our nation’s history through the lens of our military veterans.

Who could fail to be inspired by the brash courage of the United States Marines during the Battle of Belleau Wood in World War I? Or by the words of Marine Captain Lloyd W. Williams, who, after being repeatedly urged to turn back by retreating French forces, famously said, “Retreat? Hell, we just got here.”

Legend has it that it was at this battle that Marines earned the German nickname “Teufelshunde“: “Devil Dogs.”

What about the story of Pfc. Dirk J. Vlug, serving in the Philippines during World War II, who refused to back down despite being outnumbered 5-to-1. No, it wasn’t one against five enemy soldiers. It was one soldier against five, heavily armed Japanese tanks.

Reacting on instinct, Pfc. Vlug grabbed a bazooka and six rounds of ammunition, and managed to destroy all five tanks singlehandedly.

I still get goosebumps when I read the words of Lt. Gen. Lewis “Chesty” Puller, the most decorated Marine in American history, when he and his men were surrounded by enemy forces at the Battle of Chosin Reservoir: “They’re on our left, they’re on our right, they’re in front of us, they’re behind us…we got them right where we want them. They can’t get away this time.”

These stories of courage, selflessness and sacrifice are so much more than just stories to tell on Veterans Day.

Or the story of Master Sgt. Roy Benavidez, who jumped from a helicopter armed only with a knife, determined to help a Special Forces patrol trapped in North Vietnam. Over the course of a six-hour ordeal, Benavidez was wounded by bullets, bayonets and shrapnel a total of 37 times.

When he was awarded the Medal of Honor, President Reagan said that if his story were a movie script, audiences wouldn’t believe it. His heroic actions saved the lives of eight men.

These stories of courage, selflessness and sacrifice are so much more than just stories to tell on Veterans Day. They are a crucial part of our nation’s history, and the foundation upon which its legacy has been built.

Countless millions of American lives — with more to come — have been lived in the freedoms secured by the blood and service of our veterans.

Despite this rich history of military service that continues to this day, our country has not drafted a single soldier in over 45 years.

Since the draft ended in 1973, no person has been compelled to serve their country. And yet, each year, an estimated 180,000 young Americans voluntarily enlist in the United States Armed Forces.

This is why I believe it is so important to honor, remember and celebrate our veterans, not just on Veterans Day, but every day. And it’s not only because they have earned it — though they have.

We reveal ourselves and our values in what we remember, and in what we give our time to.

But it’s also because in honoring and remembering our veterans, we reveal the values that matter to us as a nation: Courage. Sacrifice. Selflessness. Dedication. The willingness to give up one’s own life so that others might live and be free, which we call “heroism.”

We reveal ourselves and our values in what we remember, and in what we give our time to. This Veterans Day, I encourage you to spend your time in a meaningful way.

Say, “Thank you,” to a veteran, yes, but also take some time to hear their story. I guarantee you: It’s a story you won’t hear anywhere else.

The Oregon Department of Veterans’ Affairs maintains an online list of Veterans Day events across the state. To see what’s happening in your area, visit oregondva.com/2019/11/01/2019-veterans-day-statewide-events. 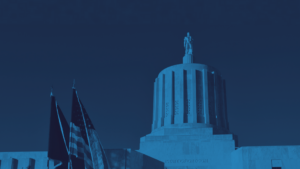