Muriel “Dolly” Yandle Ruble made the decision to enter the Marines just one month after women became eligible to join that branch of service.

She had planned to join the WAVES (Women Accepted for Volunteer Emergency Service) — the female corps of the U.S. Navy — but changed her mind when she saw the poster.

“There was a big sign up there with a beautiful Marine that said, ‘Free a Man to Fight,’” she later recalled. “I decided right then and there, after looking at that big poster to go in the Marines, and I was sworn in that day.”

“I decided right then and there.”

After boot camp — which happened at Hunter College in Brooklyn because the facilities at Camp Lejeune weren’t set up yet — she was transferred to the Marine air base at Cherry Point, North Carolina. She later worked as a statistical typist recording airplane parts (important, but tedious, work, she recalled) in Philadelphia and finished out the war working with wounded soldiers in the Marine detachment of a Naval hospital.

Ruble married a fellow veteran she had met in the service — a crew chief for the Army Air Corps — and joined the American Legion, where she became a fixture in military parades as a member of Post Number One — the organization’s first all-female color guard.

Later in life, she still looked back fondly on her time in the service. Asked by an interviewer if she would join again if given the chance, she said:

She was the soldier who was never supposed to exist, the product of a central Oregon upbringing in which military service had never been even remotely on the radar for her future career.

Jessie Miller enlisted in the U.S. Army in 2001, not as the result of a considered evaluation of her options, or in the surge of post-9/11 patriotism (she actually joined in February), but rather because of an ultimatum from then-Crook County Sheriff Jim Hensley.

“I was getting in trouble, fist fighting a lot. Sheriff Hensley used to chase me around town,” she says. “One day, he sat me down and said, ‘You’re getting older, so you need to either get your stuff together and go into the Army, or I’m going to have to start arresting you.’”

So, into the Army she went — and it’s good that she did. Deployed to Ramadi during the Iraq War in 2003, the only female member of the storied 1st Engineer Battalion was soon needed for a job only she could do: debriefing women who had been left behind in the fighting and who — by the codes of their society and culture — were forbidden to talk to men.

In this work, Miller became the first known woman to do official solo missions for the Army and Marines. She also helped gather valuable intel on weapons caches, escape routes, communications routes, and even two members of the terrorist wanted list known as the “deck of cards.”

She and other soldiers who served in similar roles, would come to be known as the lionesses: the first women in American history sent into direct ground combat, fighting in some of the bloodiest battles of the Iraq War and returning home as part of the United States’ first generation of female combat veterans. 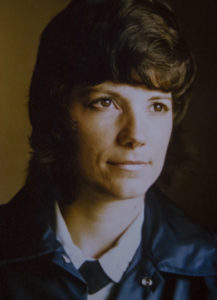 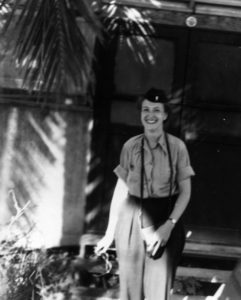