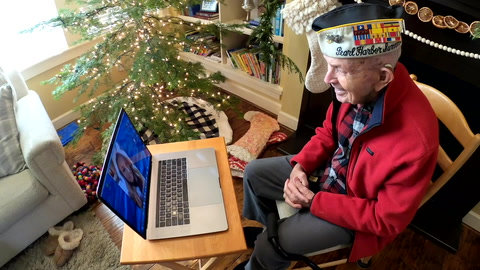 They’ve had one goal since the pandemic began: Protect gramps.

And now, at 99-years-old, his latest battle is something we’ve all been worried about for the past nine months: COVID-19.

Dick Higgins is Central Oregon’s last surviving Pearl Harbor veteran and today, on the 79th anniversary of the infamous attacks, he’s recovering from the virus at home.

Central Oregon Daily’s Samantha O’Connor had a chance to check in with him recently to see how he’s doing.