See what's happening in your community this Memorial Day.

Memorial Day is observed on the last Monday in May to commemorate the men and women who have died while in military service.

Originally known as Decoration Day, a time for the nation to decorate the graves of the war dead with flowers (first held three years after the end of the Civil War), the date of May 30 is believed to have been chosen because flowers would be in bloom across the country.

By the end of the 19th century, Memorial Day observances were being held across the nation. In the year 2000, Congress passed and the president signed into law “The National Moment of Remembrance Act,” encouraging all Americans to pause at 3 p.m. local time on Memorial Day for a moment of silence to remember and honor those who died in service to our nation.

Flying the Flag On Memorial Day

On Memorial Day the flag should be flown at half-staff from sunrise until noon only, then raised briskly to the top of the staff until sunset, in honor of the nation’s battle heroes.

The flag should be briskly run up to the top of the staff before being lowered slowly to the half-staff position.

The Difference Between Veterans Day and Memorial Day

Memorial Day and Veterans Day are different holidays with unique purposes — and unique ways to honor each.

ODVA will be hosting a virtual Memorial Day Commemoration on Monday, May 25, 2020 at 10AM. Visit our Facebook page for details.

Please enjoy this Memorial Day Weekend close to home. The Governor and 26 mayors from across Oregon are asking you to please stay local, stay safe, and support local businesses as we build a safe and strong Oregon.

In these unprecedented times, honoring and remembering the fallen may take on a new form – but there are still many ways for Oregonians to commemorate this Memorial Day.

Click the image above to see how to you can honor and remember from home this Memorial Day weekend. 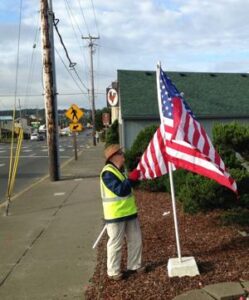 The tradition of tribute 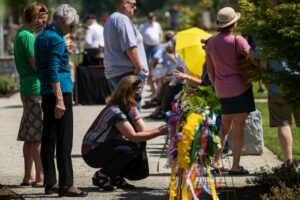 A nod to Lake Oswego veterans 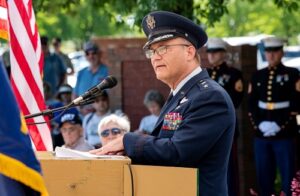 Oregon General remembers the sacrifices and legacy of Oregon Veterans