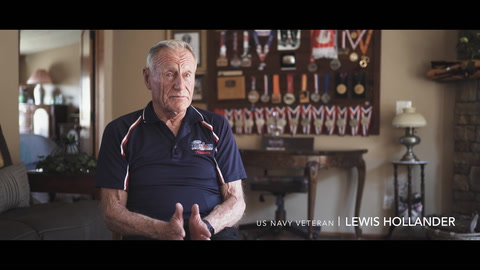 For this War Stories segment, producer Cody Rheault gives us a look at Lewis Hollander’s service with the U.S. military, testing some of the military’s most powerful weapons.