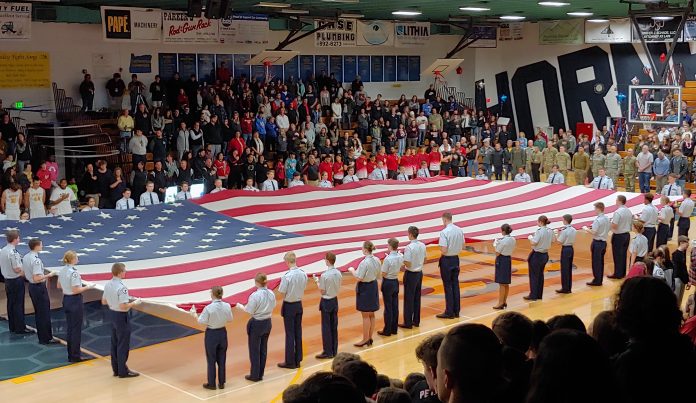 Active duty military members and veterans acknowledged each other and shook hands as they formed a line in front of a packed house on Henley High School’s basketball court. Some wore uniforms, others hats and jackets proclaiming their branch of service.