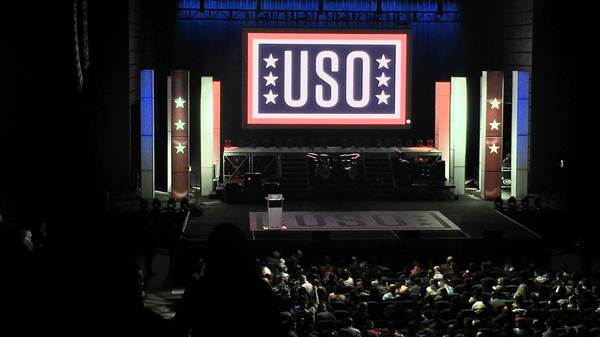 On a recent chilly evening in Washington, D.C., 1,100 service members from all branches of the military settled in at The Anthem auditorium for an evening with the trappings of home: hot dogs, comedy and country music.

It was a modern version of shows the USO — the United Service Organizations — started putting on nearly eight decades ago. The nonprofit has boosted morale in the armed forces for nearly 80 years, playing a role in every major conflict since World War II. Today, it operates 230 locations on seven continents, manned by more than 30,000 volunteers.