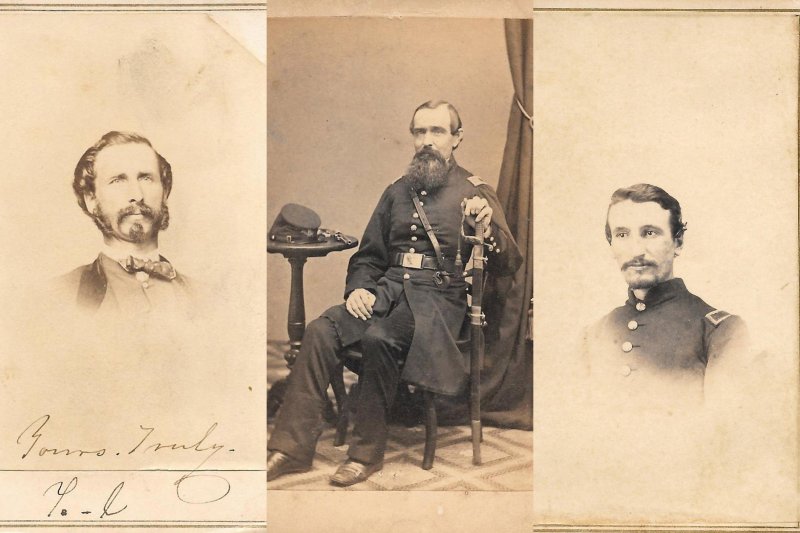 The three men had different Civil War stories, but they also had something in common: like many who fought during that conflict, they were photographed in uniform. Multiple copies of the photos were made, and some became untethered from identifying information. Their faces became nameless symbols rather than part of concrete lives. And few of those pictures ended up with David Morin in Exeter, N.H., who boasts a collection of more than 260 Civil War military pictures.