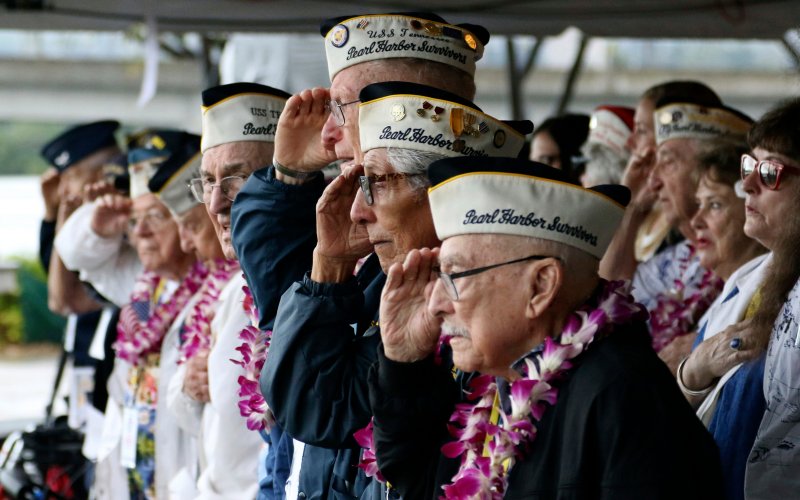 (PEARL HARBOR, Hawaii) — A dozen frail survivors of the attack on Pearl Harbor returned Saturday to honor those who perished when Japanese planes pierced a quiet sunny morning 78 years ago and rained bombs on battleships lined up below.

About 30 World War II veterans and some 2,000 members of the public joined the survivors, the youngest of whom are now in their late 90s, to commemorate the anniversary of the Dec. 7, 1941, attack that launched the U.S. into World War II.