WHEREAS: March 30, 2019 represents the 46th anniversary of the end of the Vietnam Era for American military members; and

WHEREAS: Thousands of brave Americans served our country in this conflict with courage, honor and valor; and

WHEREAS: More than 58,000 individuals, including 801 Oregonians, made the ultimate sacrifice in Vietnam and more than 300,000 were wounded in combat or missing in action; and

WHEREAS: Upon their return home, members of the United States Armed Forces who served bravely and faithfully for the U.S. during the Vietnam War were caught in the midst of a public debate about the involvement of America in that war; and

WHEREAS: The 46th anniversary presents the opportunity to honor and thank our Vietnam Veterans for their brave, courageous military service and sacrifice.

NOW, THEREFORE: I, Kate Brown, Governor of the State of Oregon, hereby proclaim March 30, 2019 to be 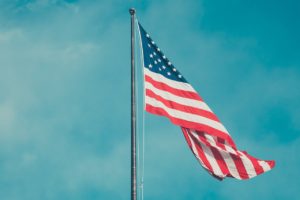