Off Main Street in Jefferson, up Cemetery Hill Road, lies a truly beautiful, humbling, and most of all, powerful, place. The All Nations Native American Veterans Memorial was opened in 2013 by a Lakotan veteran of the Korean and Vietnam War, Bill Stam, 83, and his wife Gwin, 79, of the Apache Tribe. Despite being largely unknown by the Corvallis masses, Native warriors from across the country have been here to see and to listen.

The memorial is built on the couple’s property in front of their house. As I pulled up the driveway, outlines of several tepees emerged, coupled with flagpoles bearing American, POW, Oregon, and native flags. As I arrived, I found myself face to face with an incredible, life-sized statue of a native man running down a buffalo with a spear, flags waving in the wind behind it. The Stam’s cat, Boots, greeted me warmly, and posed for some photographs in front of the Code Talkers memorial stones.

Gwin greeted me and went to fetch Bill, who was helping build a treehouse for their grandchildren on the property. Bill appeared, metal coffee cup in hand, and beckoned me toward the first memorial stone.

“A lot of people don’t know, the Native Americans have fought in every war the American flag has ever flown in, even when they weren’t U.S. citizens,” he explained.

Stam pointed at the stone and began to tell me about the people whose names were etched on the four-inch plaques attached. Many 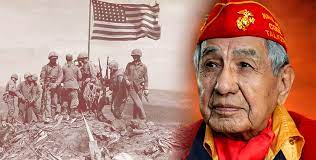 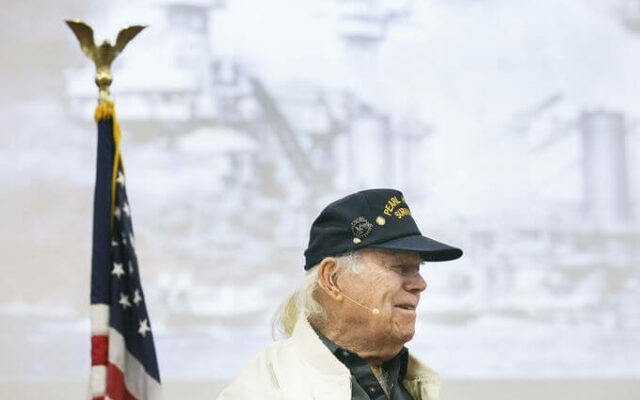 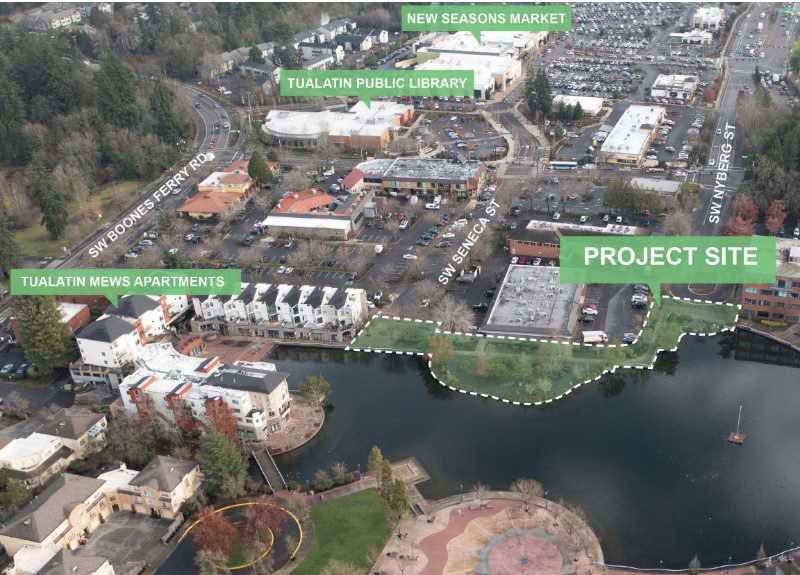